The Best Part of Being Sick is A/C

What follows is what I began at different times, added onto and failed to post:

In the U.S. hitchhiking is extremely uncommon and considered to be quite dangerous.  In Botswana, it is a normal activity.  While I am advised as a PCV, not to hitch, often there isn’t any other option regarding transport.  There are certain things to be taken into consideration though so that safety is still maintained.

Here are the rules I have made for myself;

1.       1. Avoid hitching at night.  Most people on the road are drunk at this point and there are more animals in the road, animals that are much sneakier and harder to see, and possibly drunk as well considering how those donkeys respond to headlights
2.     2.   Don’t take a lift with a semi truck driver unless you are accompanied by a group or a very large man that you trust.  Some of them are great but some of them are creepy and almost all of them are from outside of Botswana so the same sort of mentality about hiking doesn’t always transfer.
3.       3. Always bring sunscreen.  This will be your saving grace when you are riding in the back of a pick-up for 4 hours straight.
4.     4.   Always bring water and food. This will pay off during the ride but also when you are stuck waiting for the next lift for hours on end.   Sometimes it’s 5 minutes and sometimes it’s 3 hours.
5.      5.  Make friends with your driver.  You can usually make a new friend, connection, they know someone you know or they might give you a lift for free!

A couple of months ago I celebrated my ‘1 Year in Country’.  The official mid-service training was this past week. I can’t believe it has gone by this quickly, it feels like everything just got incredibly busy all of the sudden. It was a relaxing weekend filled with swimming, showers, eating, drinking, games and general revelry.  A good time was had by all.

A couple months ago I had a STEPS (videos made in South Africa about HIV/AIDS) training and then I had a crazy jam packed couple of weeks ahead of me.  A lot of things are starting to come together at the same time and I shouldn’t have probably thrown so many possibilities out at once because I am starting to feel a bit overwhelmed.  After the training I met with Lesego Morake at the Ministry of Education about an alcohol abuse awareness event in Morwamosu while we are holding a football (aka soccer) tournament.  If possible I would like to squeeze in an SMC (safe male circumcision) discussion and get one of the doctors to come down to perform the procedures.  It probably seems strange that SMC would contribute to reduced transmission rates of HIV but basically there were studies conducted (2005 in South Africa and 2006 in Kenya) that show a significant decrease in transmission because foreskin is more vulnerable to HIV infection through tearing and can harbor the virus and other STI’s  etc.  Most of the studies were ended early because researchers found out how beneficial the procedure was to reduce infection rates.   Since I will have a large and somewhat captive male audience, this seems like the best time.  Sadly, this sounds like an event that would be dreaded by most men, it starts off fun and then all the sudden somebody wants to snip off part of your penis.  Anyway, hopefully there will be a good attendance rate, with all the free swag I’m getting.  SMC has also been widely publicized in the country and many men are interested in undergoing the procedure but there is a lack of facilities and doctors in many areas to perform the procedure. To follow up on that, the event was successful and was held the first weekend of November.  I couldn’t get the doctor to come out because it was too far and possibly not enough people were enlisted for the procedure.  Currently, I am working with some of the volunteers in Kang to coordinate an SMC campaign with the clinic there and hopefully we can generate some awareness.  At Mid-Service Training several presenters came to discuss some of the new procedures that they were hoping to implement in Botswana to increase circumcision rates and reduce the need for surgical materials and doctors, enter PrePex.  Interesting device that would require no surgery/sutures and would be less painful, basically it consists of two plastic rings; currently the biggest obstacle would be the public opinion about its use. 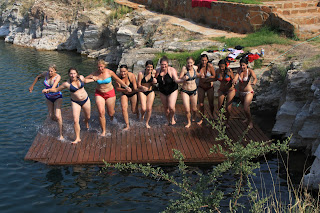 Birthday swimming at the Gat 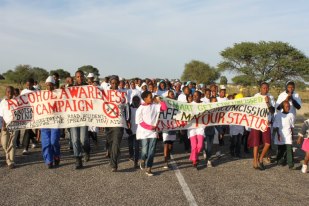 I celebrated my birthday in Ghanzi at the Gat, an old quarry turned swimming hole.  We had a braii.  It was awesome. 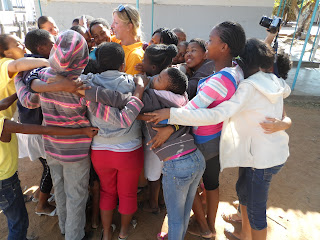 There's a School There? 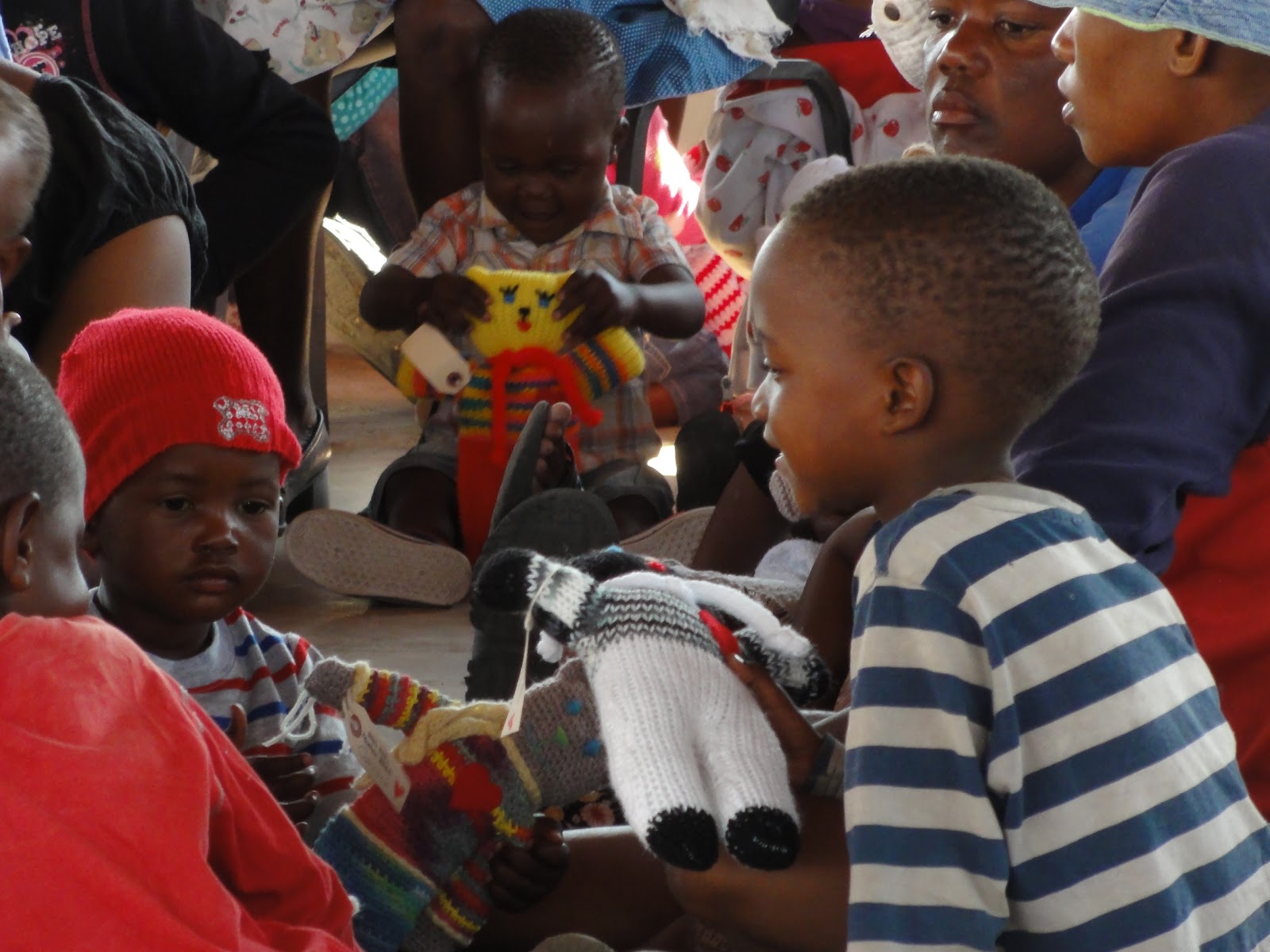 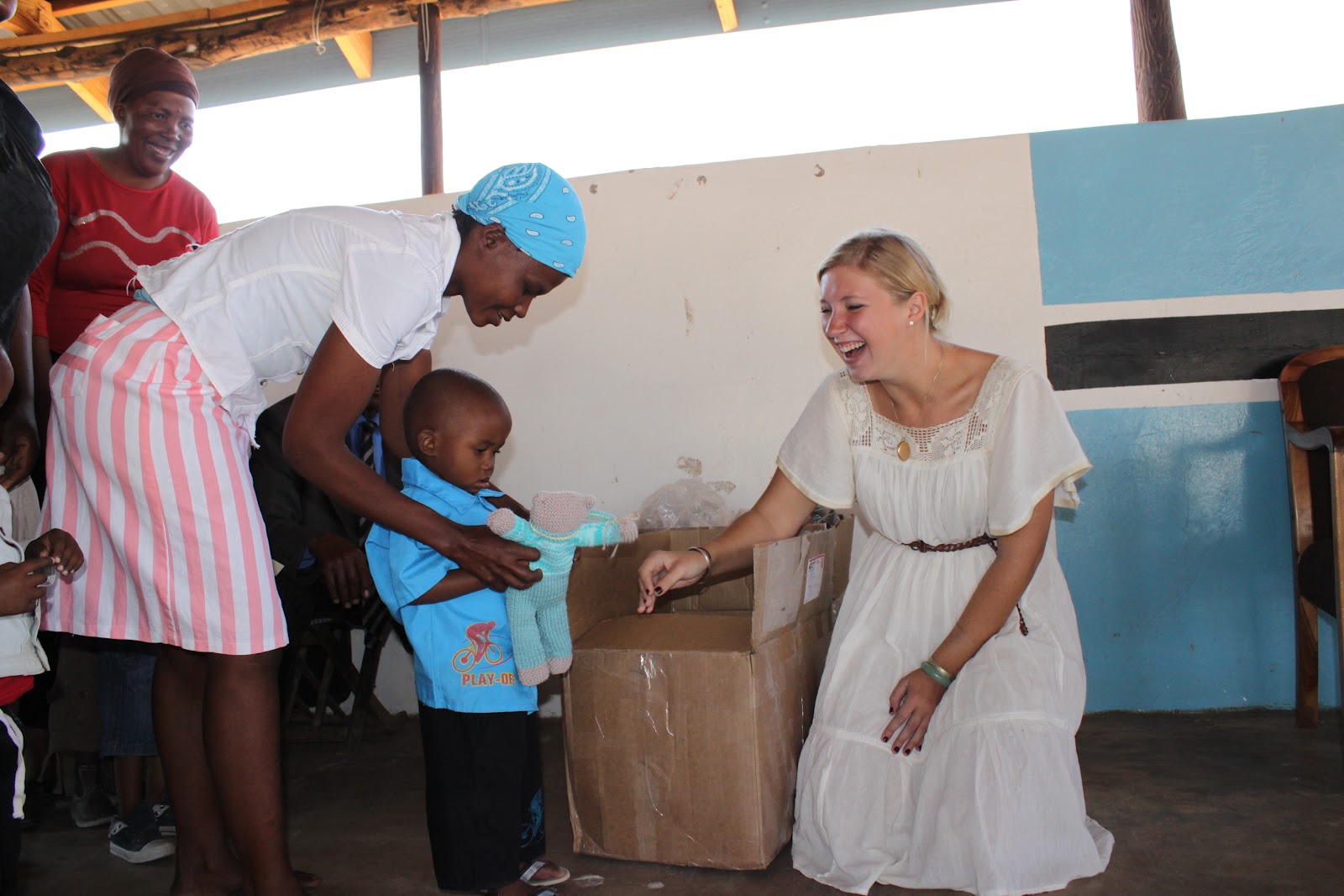 Posted by Recklund at 6:39 AM No comments:

I’ve gotten really bad at this, or rather, unreliable.  Since last time a lot of things have happened, I recently received 5 boxes of over 250 teddy bears to deliver to students at my school through the Mother Bear project.  I took a trip up north to Tsodilo Hills and saw amazing rock paintings that are thousands of years old.  I lost my cell phone and I went to America for about a week.  I have also discovered that there is a rat living in my house that has yet to fall for my peanut butter covered poison.
School is currently on break and will begin again in several days.  During the first week of school I am going to a workshop in Gabs with the EDC that is focusing on Monitoring and Evaluating the Curriculum with the Life Skills program (the training we did on infusion of Life Skills/Living materials into other subject areas).  That will be a two day session which will also give me an opportunity to pick up my cell phone that was being repaired.  Why am I getting my cell phone repaired?  Because I managed to lose it my first day back in America, so I had to buy a new one in Botswana that would be internationally unlocked (well, didn’t have to buy, but it is a luxury that I feel I don’t want to forgo).  I went to the store and bought a new phone only to take it home and discover that the mini sd card that runs all the operations/apps etc. wouldn’t go in, thus making the phone useless.  I took it back but was told I had to go to the headquarters office which was only open on Monday (it was then Saturday).  So I got on a combi and went to the bus rink and then walked 25 minutes to the headquarters office.  When I got there they were convinced that I did something to it and didn’t want to fix it and required that I pay if it was to be fixed.  So I shelled out the money and picked it up on Tuesday took it home and it stopped working on Wednesday.  I went back (another combi ride and 25 minute walk) on Wednesday and told them that was ridiculous and I wanted my money back.  This was not a possibility, instead they gave me a loaner phone and told me to come back in a week when they would ‘definitely have it fixed’.  So I took the loaner phone and left.  The next day the loaner phone wasn’t working…so I went back again and they gave me another loaner phone.  This week I should be able to go in a pick it up.  Fingers crossed.
My trip back to the US was great and it was wonderful to see friends and family, sadly I think I spent as much time trying to get there as I was actually there.  The most shocking thing was the amount of choices I had to make every day and the availability of everything.  Grocery stores were overwhelming.  I also don’t think I ever need to purchase another item of clothing ever again.
This weekend I am doing a paper bead workshop in the south with another volunteer and visiting my counterpart who recently took maternity leave and hopefully stopping by the house of my host family and finding someone since I lost everyone’s phone number.  Next week I have a GLOW camp meeting to organize the sessions that will be held at the camp and finalize some arrangements. We are still working towards our donation goal and currently we are only $1,600.00 short of our goal.  If you think there is anything you can contribute or you are curious about what the funds will go to please check the following link:
http://donate.peacecorps.gov/index.cfm?shell=donate.contribute.projDetail&projdesc=637-105
In a month it will be my one year anniversary in country, it has gone by so quickly!
Posted by Recklund at 11:45 AM No comments: 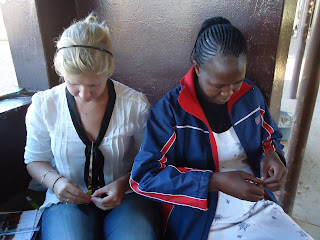 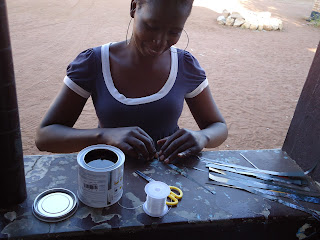 Posted by Recklund at 9:08 AM No comments:

Books I am Currently Reading or Just Finished: If you read one write me with your perspective on it